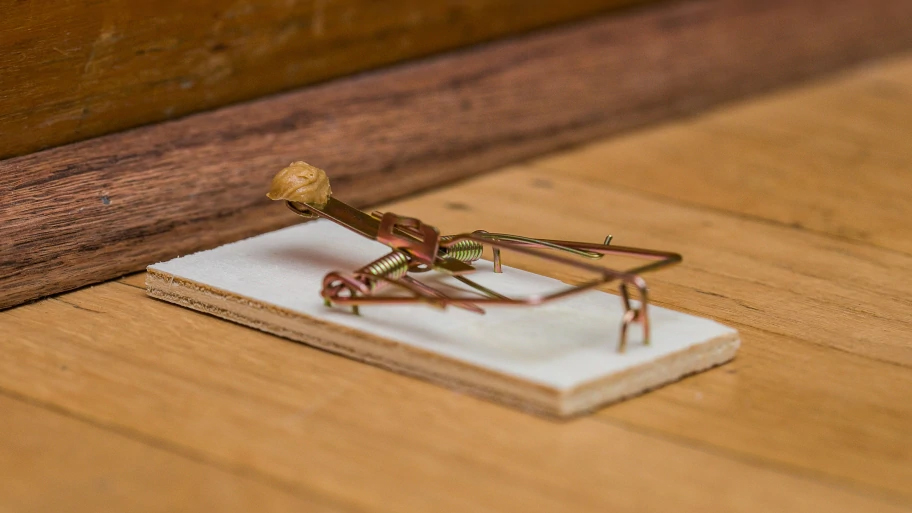 You might have heard that mice like peanut butter and wondered if that was true. Yes, they do like it, and it is, in fact, stronger than liking. They adore peanut butter but it shouldn’t serve as their meal, so you should study carefully how to set bait with peanut butter because otherwise, it could end as a meal for a mouse that will eat without being caught in a trap.

Forget the facts from cartoons about mice liking the cheese. It is a myth. In fact, they adore peanut butter and other nutty products. That is probably one of the common things between this pest and humans. That’s why you won’t have any trouble with finding perfect bait.

Well, the other nutty product spread neither much odor, nor are they sticky and hard to be stolen from the trap. Also, it is more likely that you have peanut butter in your fridge than cashews, almonds or walnuts.

If you decide to poison your traps, peanut butter is easily mixed with the poison, and because of the strong peanut smell, the mice won’t even notice the poison. On the other hand, you should have in mind that this mixture is not safe for children, or pets.

The peanut butter may serve as poison by itself. It seems that its creamy texture often gets stuck in the small breathing ways of the pest which makes them choke. This way, even if they are successful in escaping the trap, they could choke on the bait.

Put a small amount of peanut butter on a snap trap while wearing hygienic gloves. If you leave any of your smell, the mice will be extra cautious and won’t eat the bait. Even with the smell of peanut that is fairly strong, your hands on the trap would be enough and prepare the mice for a run.

Even if they eat the bait, they will be on guard, so it is possible for them to escape the snap trap. That part of the cartoon is true.

On the other hand, you are decreasing that possibility by using peanut butter which is sticky, and hard to remove from the snap trap.

Also, to increase the possibility to catch a mouse, you should use the snap traps in couples. It will make them less cautious. The snap traps work better in couples because if the mouse escapes one while activating it, it will react instinctively and run in the opposite direction where it will be caught by another snap trap.

The combination of small amount of peanut butter, a couple of snap traps and hygienic gloves, along with the right positioning of the traps will work perfectly.

Make sure that you set your traps in the right position, along the line where mice run. If you do not know where they run, know that the trap works better in the corners of the room because no mice will run through the middle of the room.

Using glue trap with peanut butter will be useful if you put a small amount of peanut butter in the middle of the bait. If you put the bait nearby the corner of the glued surface, the mouse will eat it with its front pair of legs and will unglue by its back pair of legs. This way it will escape successfully.

Also, be assured that the glued surface is big enough. It should be at least triple the size of a mouse to prevent it from escaping. This is the very cheap trap that includes probably everything you already have in your house.

If you use this type of trap with peanut butter inside, be sure that it will certainly work. The smell will drive the mouse into the trap, after which it will be imprisoned. This kind of trap needs more space and it is especially tricky if you need to set more of these because you have a lot of mice.

If you decide on this kind of trap, you should act quickly because in just a couple of weeks the mice will multiply.

No, there isn’t, but there is bait wrongly set. Just as I mentioned above, there are a couple of reasons why the mice won’t eat the bait, such as the smell of your hands.

Be sure that the surface around the bait is clean enough and that the mice will not be attracted by any kind of nest building material. If you have a string near by or any dirtballs, even the one from your hair, the mice will grab it instead of the food.

They are having young lings each couple of week and it is more important for them to make the nest. It also means that you are dealing with at least a couple of mice.  Out of which, one will always remain inside the nest.

This is one of many reasons why you should be patient even if you are using peanut butter as bait. The mice can recognize the new object in their surrounding and thus it will be cautious for a few days until it perceives the traps as familiar and decide to approach them.

In the light of everything mentioned so far, we can conclude that mice are strongly drawn to the smell of peanuts, and peanut butter with it. And not only peanut, but any nuts and nutty products.

Hence, nuts and nutty products can be used as bait, especially when mixed with different types of traps.

Therefore, this delicacy that almost everyone enjoy, even mice, can be used as a snare for the ones that adore it.

Let’s Get Rid Of Your Mice!

Hi guys! David here. Thanks for visiting MouseTrapGuide.com, we all know how much of a pain mice can be, so i’m here to help you get rid of them! Enjoy.